My furnace is broken. Again.

I have internal temperature graphs that show what’s going on, courtesy of a BME280 Adafruit board that I bought:

You can see the slow build up to temperature, the rapid cycling at or near the top of the cycle and when the furnace gives up and the temperature creeps down. Oh, and by the way, it’s pretty cold out.

Google reckoned it was down to -20 last night, but I honestly can’t get my brain around a temperature like that and I always feel it’s milder at my house than Google (or the Weather Channel) say it is.

It’s time to science this up.

I had actually ordered another BME280 board from eBay more than a month ago, at the same time as the Adafruit order from BuyAPi.ca, and it just showed up yesterday. What perfect timing.

I already had a couple of ESP8266 boards which had arrived with my belongings from the UK, so I followed the tutorial to compile and install MicroPython on one, grabbed this great MicroPython library for the BME280 part and wired it all up.

I needed to use the WebREPL server to upload both the library and my new boot.py file which contains all of the Python I had to write for this. Basically it just sends a UDP packet to my Raspberry Pi every few seconds.

There’s a tiny Ruby script on the Pi submitting the data that it receives into Graphite, and Grafana makes the pretty graphs.

I used the Xiaomi battery pack I blogged about before to power the whole lot. As that previous post mentions, the battery pack will turn off if there isn’t enough current being drawn. Unfortunately the ESP8266 and the BME280 are too damned power efficient, only drawing 73mA. This is less than the 90mA that we need. 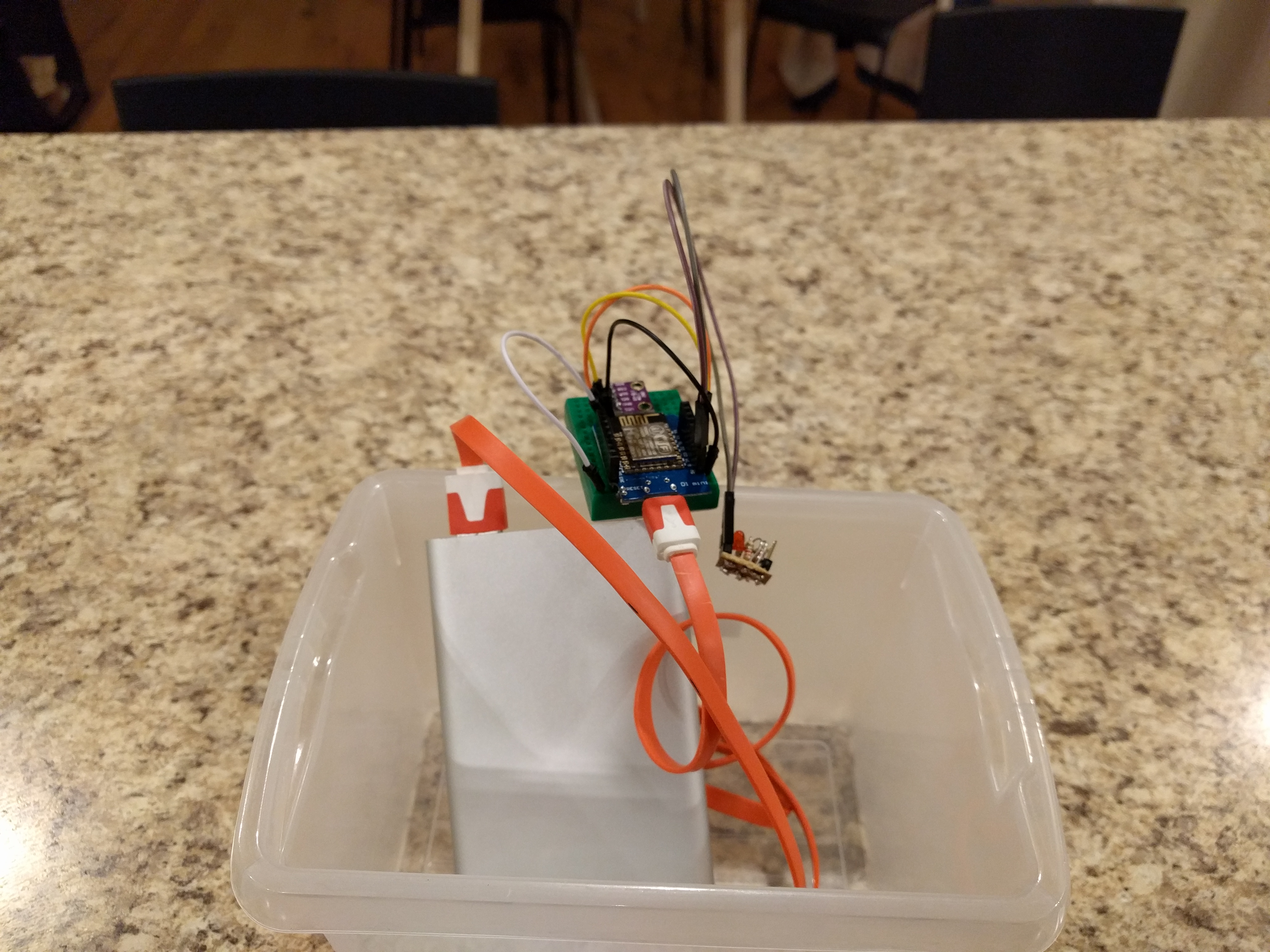 I added the four-200&ohm; resistor pack, bringing the consumption (according to my ammeter) to 170mA total. This is wasteful but, meh, this is a quick hack. It also gives me a nice LED to see that the power is on.

This is a useful feature because I threw the whole thing into a transparent box to weather proof it, and now I can see if it’s on or not without going out into the cold. 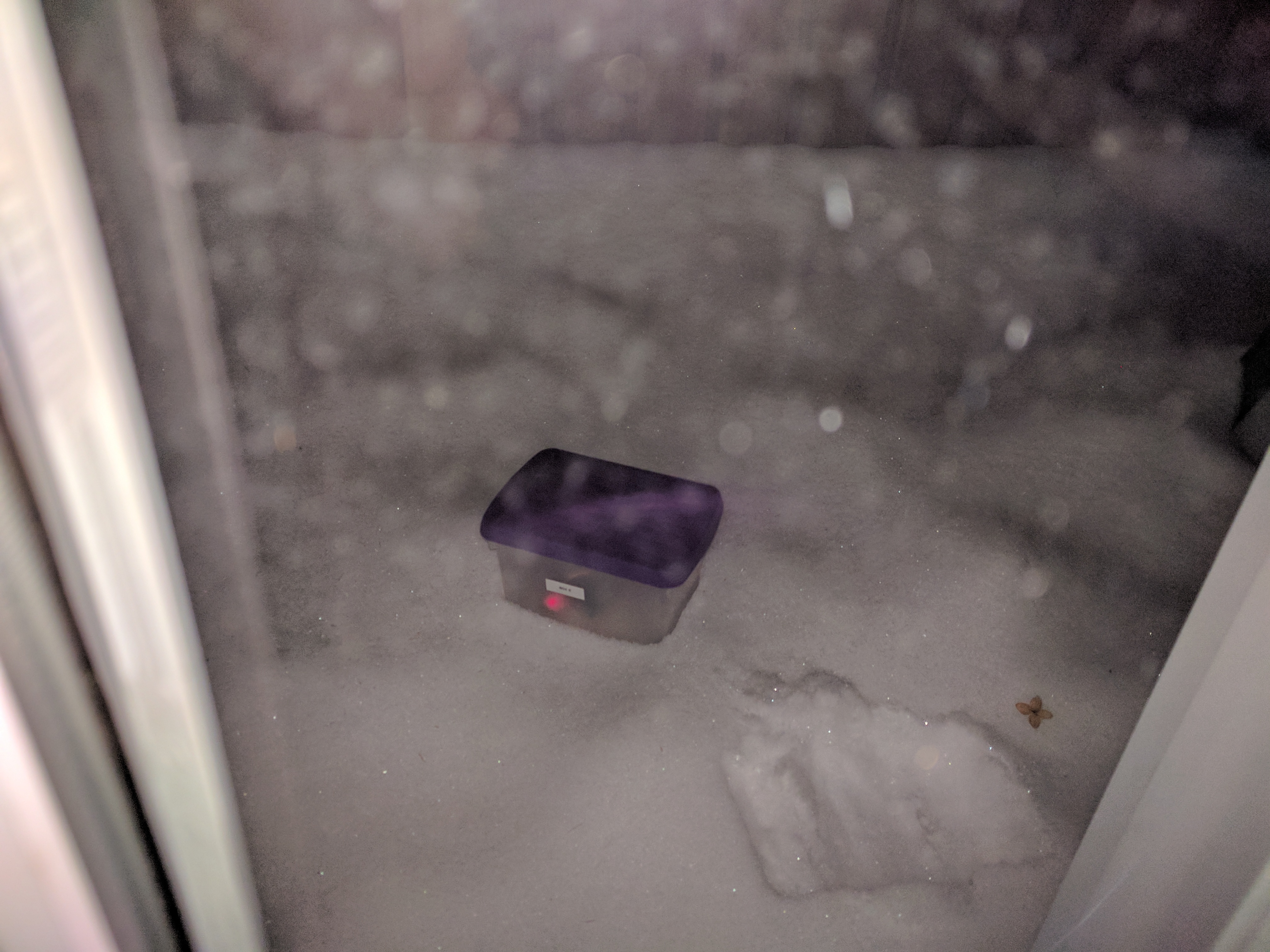 You can see that it took a little while for the unit to get down to outside temperature, it dropped to -18C at the lowest point, and the battery ran for 16 hours.