Whooee. It’s been a while. I’m sorry, I’ve been a bad blogger. I’ve wanted to write here, but I’ve had way, and I mean way, too much to do. I’m working at a new place, where I am full-time employed to not write Python. I’m working with that other “P” language, the one without any vowels in the name. Yes, that one.

I’ll hopefully, sometime, eventually have some code to show, which I embarked upon just before going to Interactive. It’s a new Python interface to Why The Lucky Stiff’s YAML parser, with Tim Parkin & Matt Goodall of Pollenation Internet.

I’ve held off mentioning it, but the added pressure of public announcement might make me f*cking finish it. I’m experimenting with shame as a motivating factor, here.

Finally, to the good bit. I recently retro-fitted a Blueberry iMac into a PC Case. Space constraints, and the quality of the monitor, meant it was going to have to shape-up or ship-out.

Because the machine is actually worth almost nothing to sell, but I like it a lot, I took out the ol’ soldering iron, and shoe-horned it into a case of a P166 Siemens (which was free).

One ATX cable spliced into a Mac power cable, one bluetooth adaptor, and one Mac<->VGA adaptor later (I had the last two around), and I have an ATX form-factor iMac, photographed in its kitchen-counter glory below: 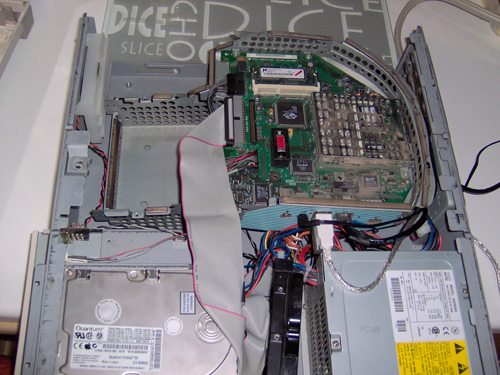 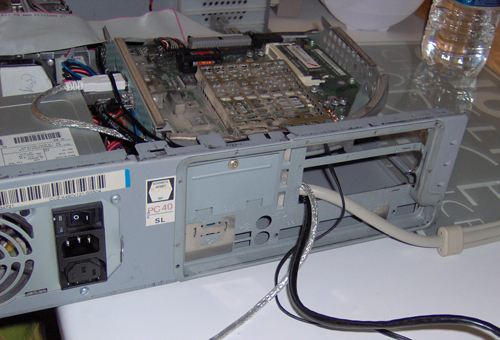 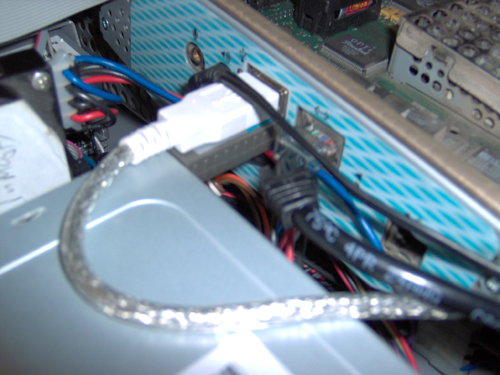 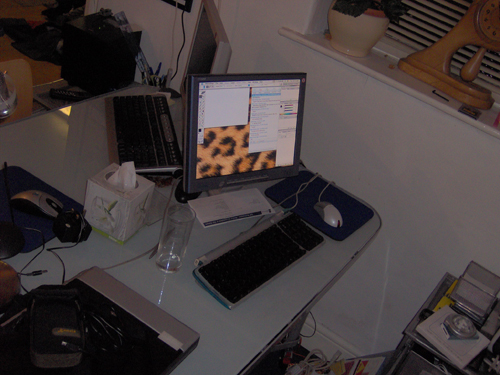