I’ve moved twice since then, I’ve made my peace with Canadian weather (-18C doesn’t scare me now!) but I have a separate garage and I don’t run any kind of metrics collection stack, nor do I really want to.

I have a stash of Dallas DS12B80’s that I ordered by mistake back in England. These are OneWire devices, and the Raspberry Pi handles this natively.

I didn’t even need strip-board for this, I soldered the part and a 4.7K pull-up straight to some 2.54mm pins: 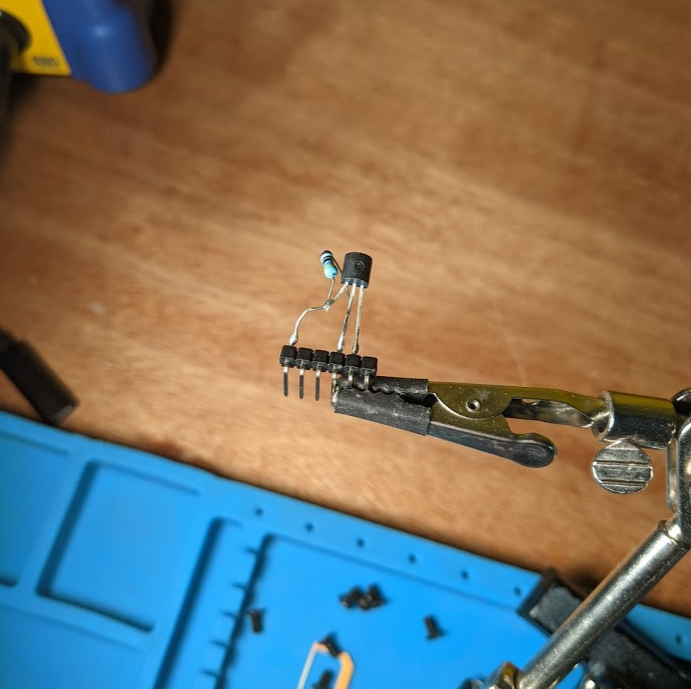 I wrote a blank Raspberry Pi OS image to the SD card, and made the following changes on the first partition:

To make it as simple as possible to get this data, I have almost the smallest possible Flask app:

That’s 6C. I laser cut a case for the Pi and mounted it on the wall: 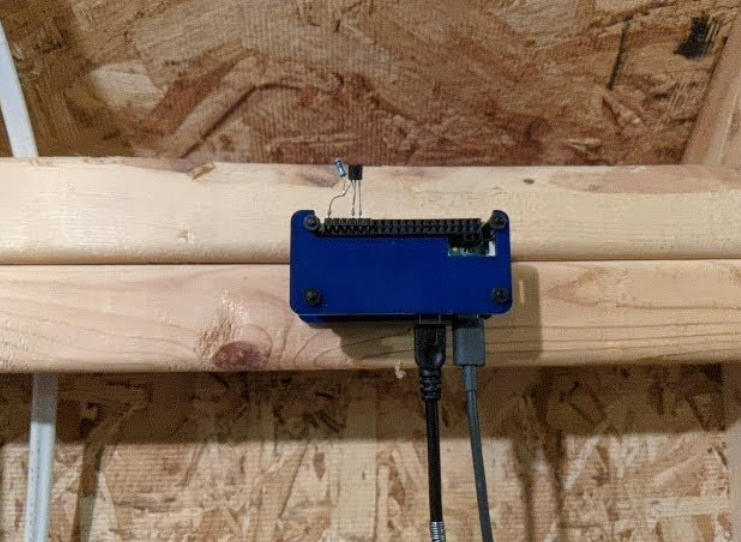 That just leaves collection. It’s funny that I have become so used to having Grafana or Datadog for metrics that I forgot that rrdtool still exists. It was good enough for MRTG and it’s still good enough for me.

(RRD really blazed a trail for fixed size time series data when it was introduced in 1999, as I recall)

We have to create our RRD file in advance and this was always the most arcane part of things. I spent some quality time in the man page for rrdcreate before settling on:

Then we just create a cron job to pull in the results:

And we can generate a graph any time we want: