I’m sure I’m not the only person who does this:

I’ve built a project as a proof of concept. It worked fine, and now I’m retrospectively writing it up for my blog. Unfortunately, I can see improvements I could make, so as I’m writing it up I’m kind-of changing it (well, very changing it).

First off, I didn’t really start with a schematic, I used some basic diagrams I found of an example circuit for a non-inverting amplifier. I didn’t use an LM741, because I actually had a few LM348N’s lying around. I haven’t put that in the schematic because it’s a little embarrassing to waste a quad op-amp on a single channel design. 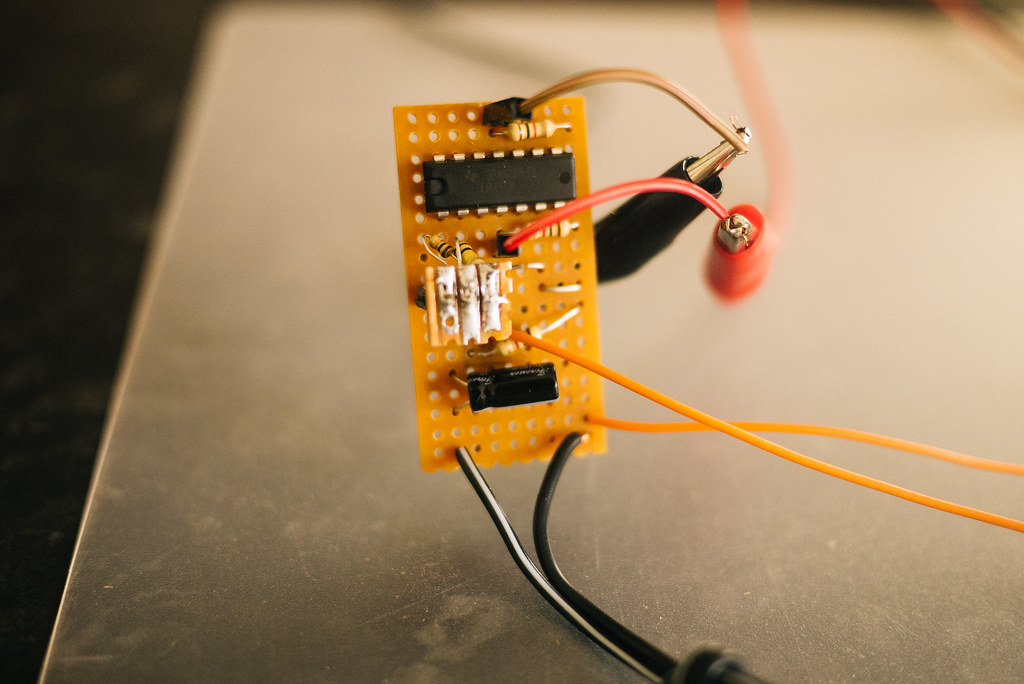 (Witness my profligate waste of a quad op-amp!)

These fancy 3.5mm connectors on the schematic aren’t the kind that I used - I’ve put them in the schematic because the footprint was already in my KiCad library and it would save me the job of adding a new parts library.

I was tempted to swap that 100K in R4 for a potentiometer, but now we’re into the realm of fantasy: that’s a very different circuit than I actually built and without building it an experimenting I’m not confident whether I should be using a logarithmic or linear pot.

I’m probably going to finish this design off by actually laying out a PCB and - because I can’t help myself - probably getting it made. When I do that, I might bring R4 out on a two pin connector so that it can be swapped out with other resistances or pots. That is something I actually have done on the real design: 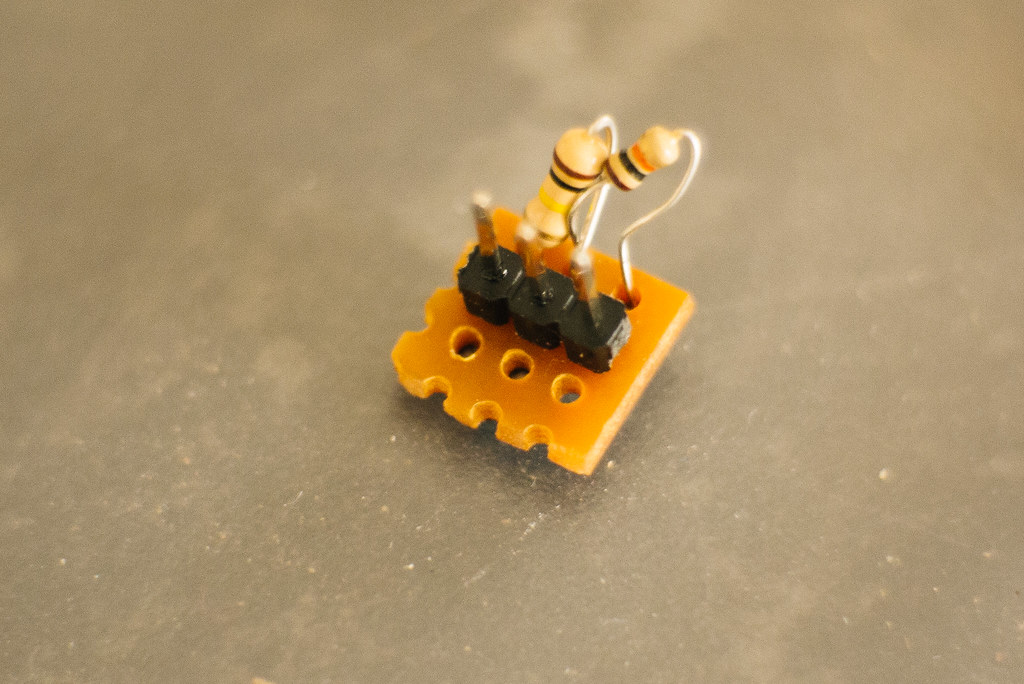