It’s been a full weekend, but not much in the way of software or programming. What I do have to show off is my microphone pre-amplifier.

I had borrowed a nice mic from work, a Blue Snowball with a USB ADC built in, but I’d had it a long time and thought I should really get my own microphone.

The mic-in ports on most hardware is terrible though- that’s what’s been so great about the rise of “podcast mics”: they often include USB so there’s minimal messing around with an analogue signal path.

I’m too cheap to buy one of those, so I got a £7 dynamic mic, the cheapest thing with Prime delivery, and decided I would build my own pre-amp — how hard can it be?

I’m going to do a proper project write up when I’m less tired, but the spoiler is: It’s not hard, unless you want it to sound good. Then it’s maddeningly difficult. 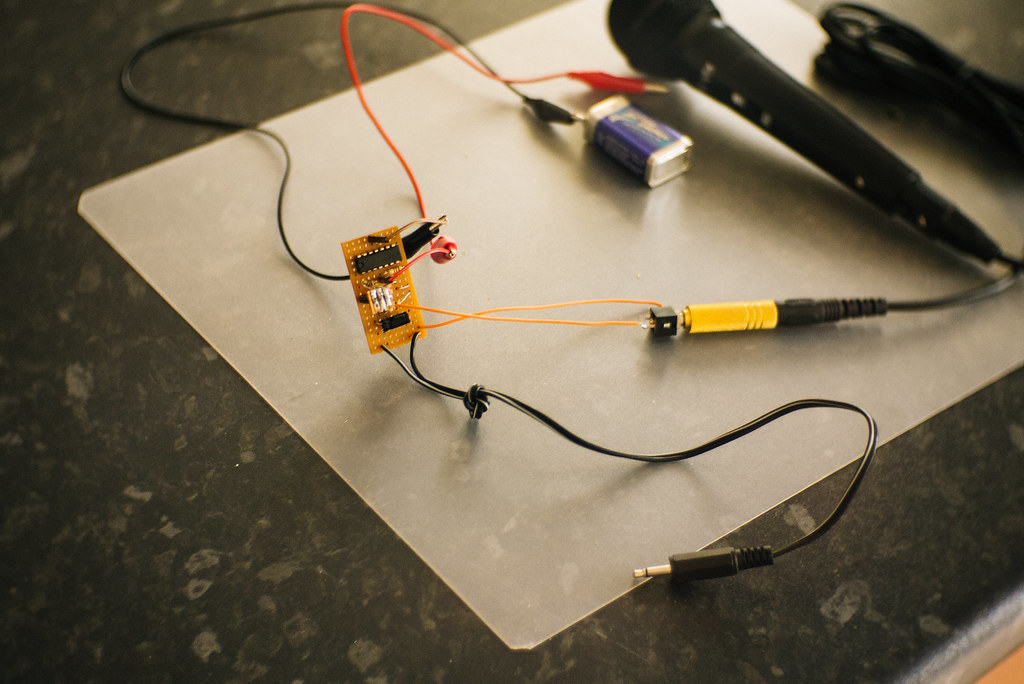