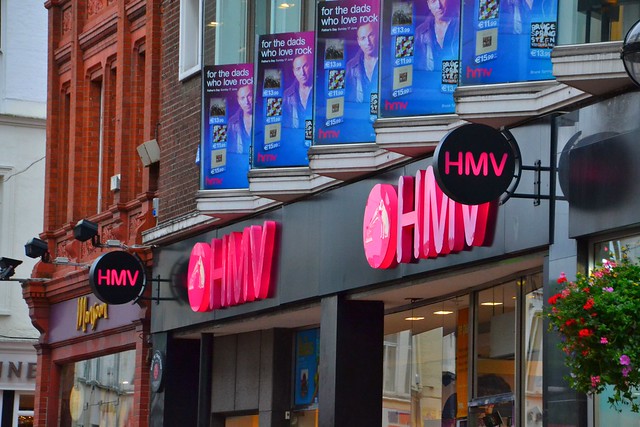 It’s the eve of HMV.ie‘s launch, and I’m still at the office after a day of optimising Varnish VCL, optimising PHP and putting together dashboards for the launch. In less than 24 hours it’ll have been a success or a failure; possibly something in between.

I was thrilled to hear iWeb won the HMV Ireland work. For a British brand, HMV has always been a big deal- it was a UK brand operating in Ireland before everyone started to move over in the 90’s (along with Jervis Street centre opening, and Sunday trading).

HMV, Virgin and Golden Discs were it for places to buy main-stream music when I was a kid, and I think HMV was a bigger brand relatively speaking in Ireland than in the UK, where there’s been lots more competition on the high street.

Later on, as a teenager, I started to haunt places like Road Records (now relegated to a memory and a Wikipedia article), but hanging around outside of HMV on Grafton Street waiting for the shops to open, or to meet people in town, is an indelible part of my child-hood.

The upstairs was classical and MOTR rock, including an acoustically separate section for classical, to keep the noise out (or in?). The basement was computer games, merch and vinyl and was always fucking freezing no matter what time of year it was.

I’m a bit sad to hear Hilco didn’t secure the Grafton Street premises- they were the oldest, opening in 1986, and (as a south-sider cough) the most personally important for me. I’m really hoping my little part in bringing HMV back to Ireland goes well.